On this day 17th May 2019 we see the launch of the new Beaten Path Collection by one of the worlds most influential artists of all time, Bob Dylan, having  sold more than 125 million records. He is now just as revered for his fine art, which offers a unique insight into the Nobel Prize laureate’s world.

The artist’s journeys between cities and towns are personified by his expressionist lines, which capture the instant moment of a place, person and time. Repeated motifs encourage the viewer to explore the depths of colour and the evolution of his work. His art has been likened to that of Pablo Picasso, with critics applauding the relatability of his collections, which include The Beaten Path, The Drawn Blank Series and The Brazil Series. He paints mostly from life, stating: "I’m pretty much interested in people, histories, myth, and portraits; people of all stripes."

Dylan’s contributions to worldwide culture have been recognised and honoured with many awards. These include an Academy Award for his song 'Things Have Changed', which featured in the 2000 film Wonder Boys, along with 12 Grammy Awards and a Special Citation Pulitzer Prize for his 'profound impact on popular music and American culture'.Further accolades include a Kennedy Center Honor presented by former president Bill Clinton, and the Presidential Medal of Freedom presented by former president Barack Obama. His songs have been covered more than 6,000 times by artists as diverse as Jimi Hendrix, Stevie Wonder, Bob Marley, Pearl Jam, Adele and U2.

The new collection of twelve limited edition graphics includes some of Dylan's most pivotal images to-date, featuring titles like 'Brooklyn Heights', 'Little Italy, Lower Manhattan', 'Under The Bridge' or 'New England Depot'. All graphics are hand-signed by the artist himself. Abandoning the everyday imagery of consumer culture, he has painted the honest picture of America that he encountered whilst touring the United States. Depersonalised and stripped of illusion, his paintings show generalised, universal and easily identifiable landscapes. 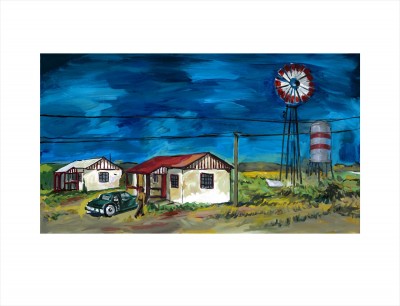 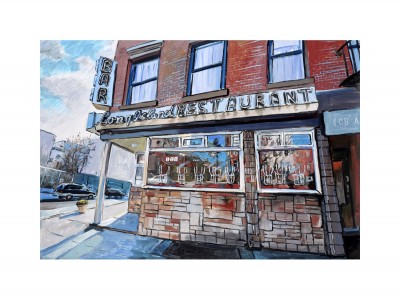