Marvel ‘Superheroes’ specially curated to commemorate Stan Lee’s 95th year available now at Westover Gallery ahead of Stan Lee's Birthday on 28th December when he will be 95.

These iconic comic book covers, created, orchestrated and masterminded by Stan Lee himself, pay homage to the original large scale art, penned and inked by some of the greatest artists to emerge from the comic book industry. Featuring six classic covers from Marvel’s unparalleled back catalogue, we present The Amazing Spider Man, Wolverine, Thor, The Incredible Hulk, Captain America and The Invincible Iron Man.

Stan Lee’s career in comics began in 1939, and continues to this day in his current guise as Chairman Emeritus for Marvel. It is without hyperbole or exaggeration that we may refer to Lee as a living legend. He has played a pivotal role in changing the face of the comic book business, and the characters within this collection are testament to his legacy as founding father of this billion dollar industry.

The characters in this collection have been part of Stan Lee’s gift to the industry, dating back to 1941, whereupon Captain America made his rst appearance, followed in the 1960s and 1970s by hisequally super counterparts. Whether Lee envisaged that this band of much needed superheroes, cutting a swathe through often dystopian times in global history, would have quite such longevity is purely academic, such is their achieved permanency in our collective consciousness.The timing of their respective emergences onto the pages of Marvel comics arguably echoes world events happening as these now classic pages were being fed through the printing presses.

From Captain America battling injustice at a time in the 1940s when Hitler’s politics were causing a miasma of fear to settle over Europe, to the world facing an unknown future thanks to the Cuban missile crisis in the 1960s, Lee’s illustrated progeny rose to the occasion to remind society that good will always triumph over evil, when power is leveraged to protect and further rather than to control and dominate.Such is the legacy that Stan Lee has engendered, such is the relevance of his message that these timeless characters continue to impart and such is our honour to play our own small role in honouring him as a powerhouse of pop culture through this commemorative collection. 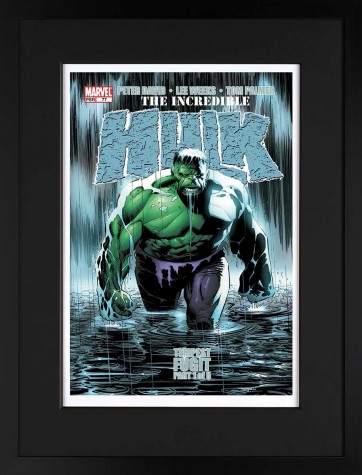 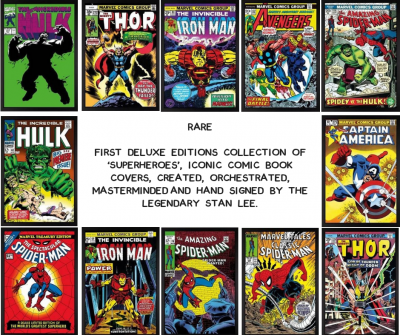