Who Would You Share A Table With?? - Cafe Society By Andrew Kinsman 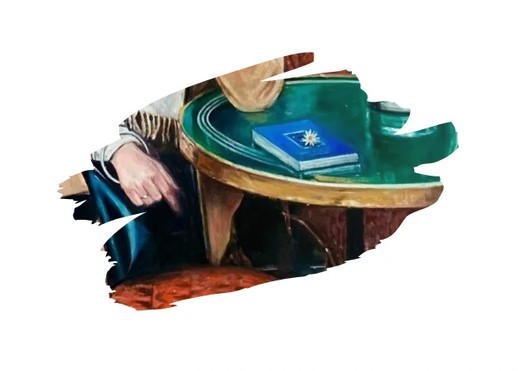 "Mysteriously left on her book, a flower from a stranger or a
friend, curious? Will she ever know"
Westover Gallery are proud to offer a new range of Limited Editions by artist Andrew Kinsman.
Talking about his collection he says “These new releases are a revisit of my ‘cafe society’ theme I started a few years back. I really enjoyed painting these and knew that I had many more ideas I wanted to explore”. 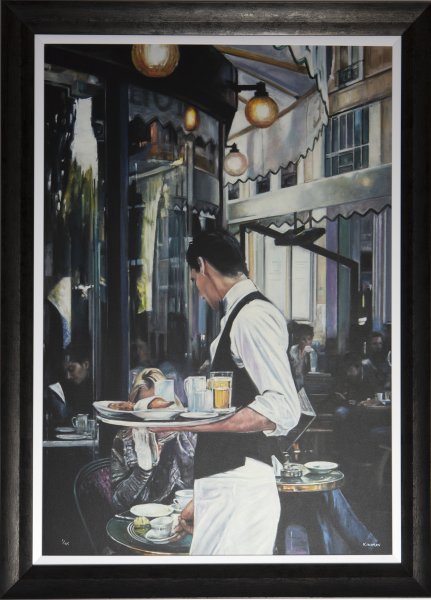 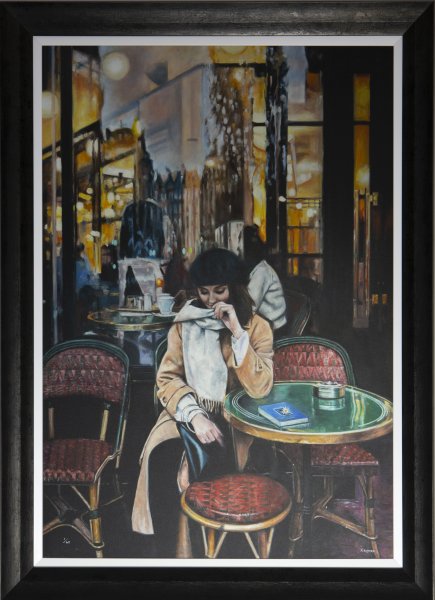 Thoughts Of Springtime
A little bit more from Andrew Kinsman...
"I moved to Italy to take my new ‘painting lives’ project which was started in the U.K. to do a grand tour of the country, painting and filming people
here from top to toe. Unfortunately two months after moving here the pandemic hit Italy.
You have painted people of many nationalities – have you travelled widely and which is your
favourite country (apart from Italy!)?
I haven’t travelled much for portrait commissions, they’ve generally been in London so never far to
travel especially when I lived there.
Why do you think music and art are so closely linked in the psyche of so many artists?
I know many artists that own at least one instrument, for me it’s almost been a conflict between the
two but one day I want to combine the two. I’ve many ideas how I want this to come together.
You’ve played with Kasabian, Noel Gallagher, Nadine Coyle and The Specials amongst others. It
must have been an amazing experience? Are you still in touch with any band members?
Playing with these great bands at incredible venues was such a unique experience, I’m in touch with a
few of them but honestly I haven’t done a gig since I left England.
Are you still making music whilst in Italy and, if so, has the style changed or mellowed?
I'm still playing every day having said I haven’t gigged. I’ve just started learning the cello and my piano
playing is improving. I’m listening much less to jazz and more to ambient music, something closer to
classical in general.
You were asked to design a collection of stamps to commemorate 150 years of League
Football – are you a fan of the game and which teams do you support?
I used to be a huge football fan and all I wanted to be as a child was a goalkeeper. Meeting and
painting Gordon banks was such an honour. I was a Bristol City fan at the time. 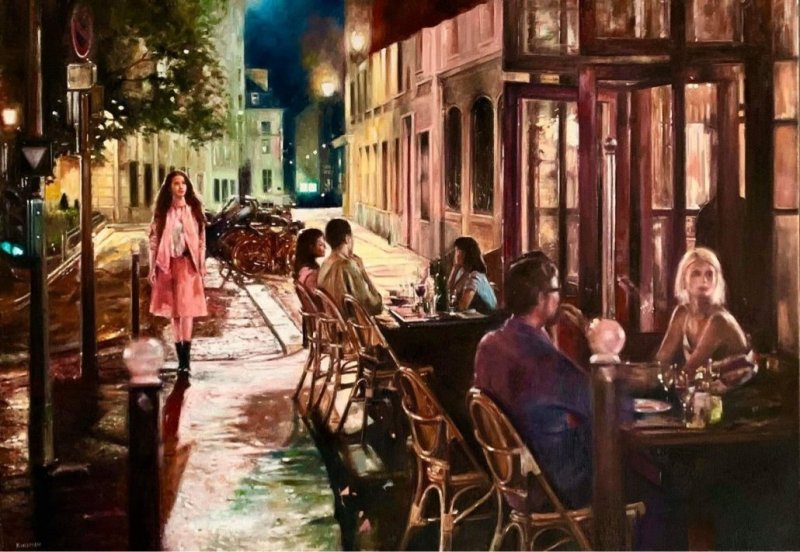