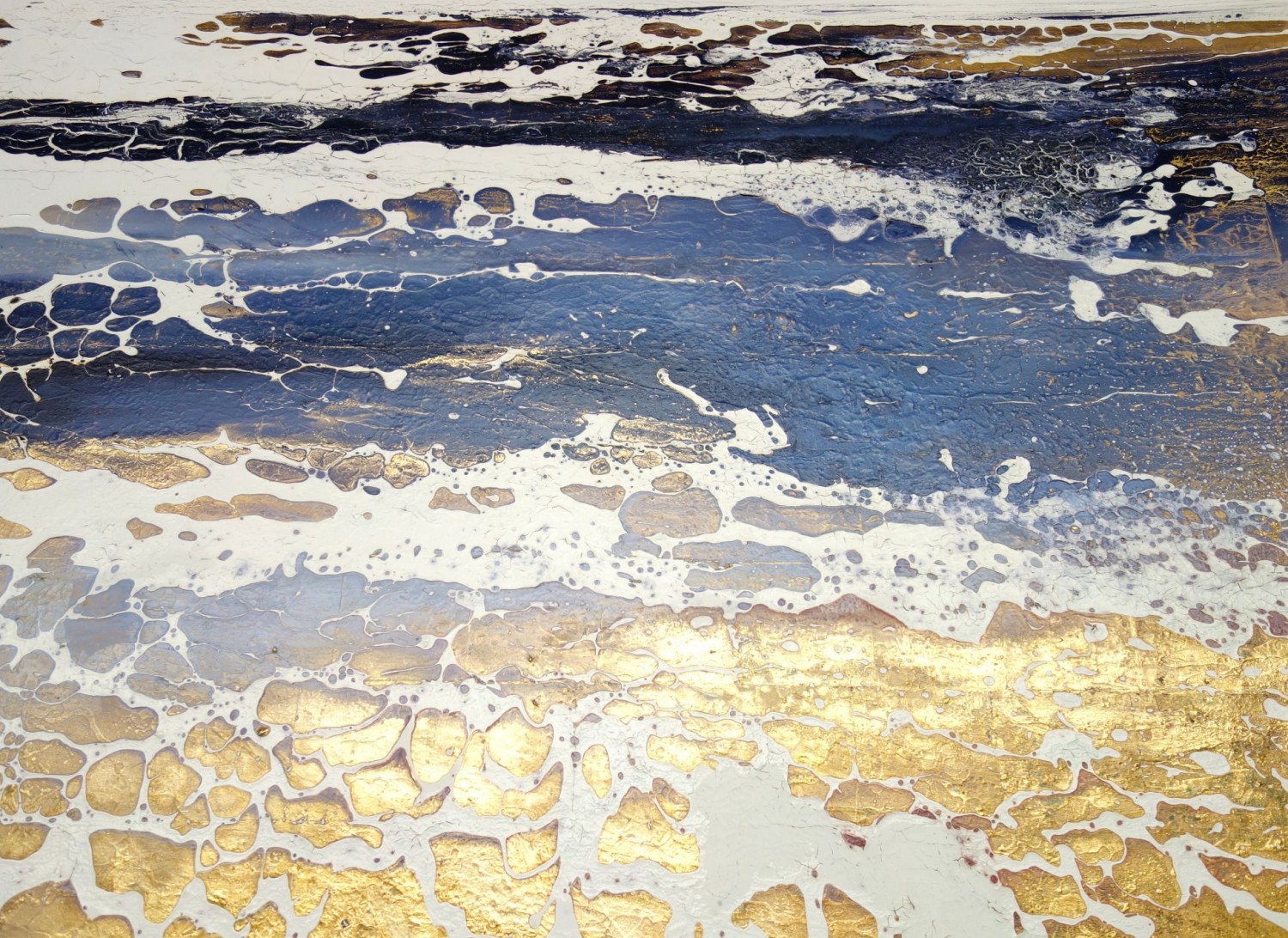 Born in Poole in 1985, and growing up in Swanage and Lyme Regis, local artist Michael Sole has drawn creative inspiration from the Jurassic Coast for as long as he can remember. His arresting seascapes take form through what he has coined as “involuntarylism” – allowing the paint and gravity to instinctively forge their own path. Now, his debut collection is landing in Bournemouth, at Westover Gallery.

Michael’s work has been exhibited in both group and solo shows across the UK and France, and he has garnered significant acclaim since graduating from Wimbledon College of Art in 2008. In 2009 and 2010, he was named “Young Artist of the Year” by the Royal Society of Marine Artists, and last year he was in the running for the Threadneedle Prize. He was also a finalist for Dorset Magazine’s Landscape Artist of the Year in 2017. 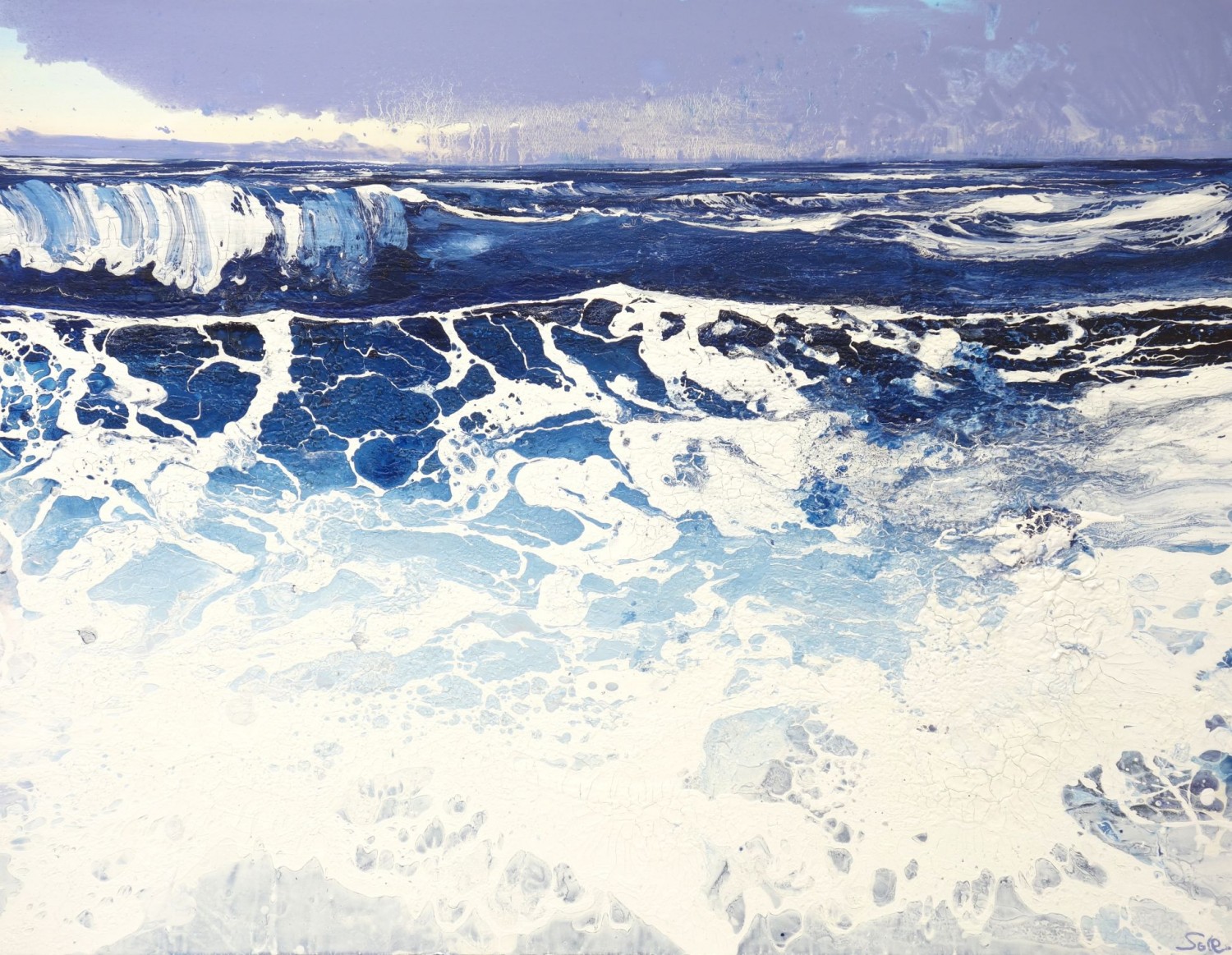 Spending prolonged stints of time in nature – fishing, hiking and camping – is an imperative part of Michael’s creative process. Once suitably inspired, he retreats to his studio in the heart of Bournemouth, where Michael often finds himself in months-long trances. With paintings “flowing out” of him, the turbulent seas in his paintings often take on a life of their own.

“The sea and sky are fascinating to me, especially in extreme circumstances, storms etc. In painting I feel very strongly that energy must be met with energy. By this, I mean big seas and powerful subject matter benefits from energetic, physical and confident painting which usually includes allowing the paint to have its own way, without using a brush. Dripping, pouring, throwing, lifting, shaking etc. all add to these involuntary effects. Through these processes and techniques, I hope to capture the power and atmosphere of the environment that I have placed myself into.” 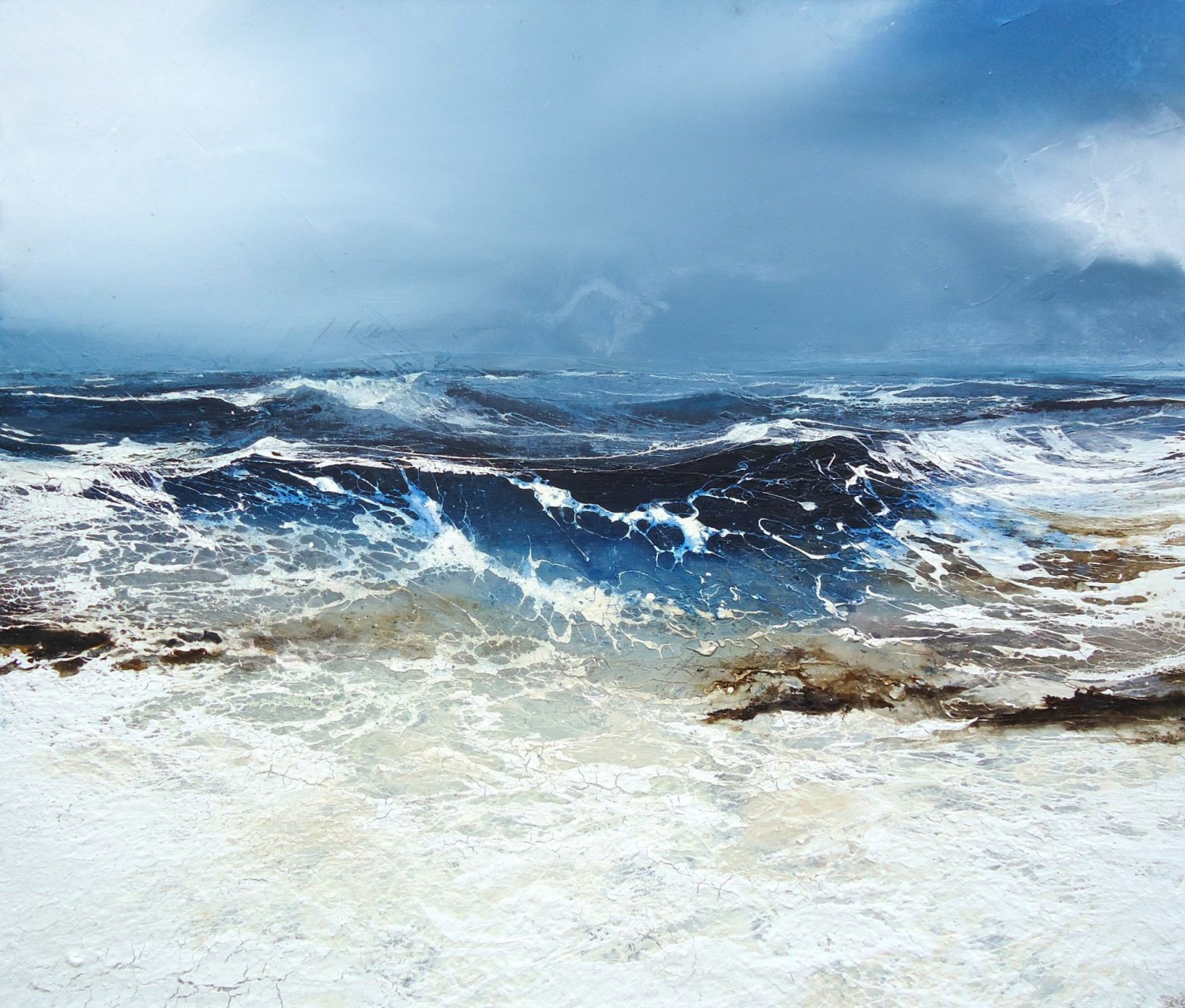